Contacts with Advent Net and address

Get in touch with us

Contact us by phone, e-mail or Facebook to give you more information about our extreme adventures, team building programs or children’s camps. Contacts:

If you prefer personal contact, we will be waiting for you at one of our addresses below: office in Sofia, Rafting camping on the river Struma or Winter base at Rila Lakes.

Founded in 2001 from a group of young enthusiasts passionate about adventure and nature, our main mission remains to promote active recreation, extreme sports and Bulgariaas a desired destination. Contact Adventure Net. We believe that positive emotions and good mood are the basis of health – that’s how our story began.

Our history began in 2002, when in May, Adventure Net Club organized the first in Bulgaria commercial rafting by boat on the river Struma, in the area of ​​the Kresna Gorge. At that time, only two descents were made with six-seater boats, military type. Contacts with Adventure Net. In the following year, the descents are held every weekend, and the season lasts two months, and the event is covered in the media. In 2004 the season lasts three months and the descents are already conducted with professional rafting boats and equipment. From 2005 to 2018 each season begins with an official opening in the presence of many friends, tourists and the media. Contacts with Adventure Net.

Over the years, the foundations of commercial rafting have been laid in Bulgaria, and with each passing year the interest in this extreme sport increases, and the organization approaches the world international standards. 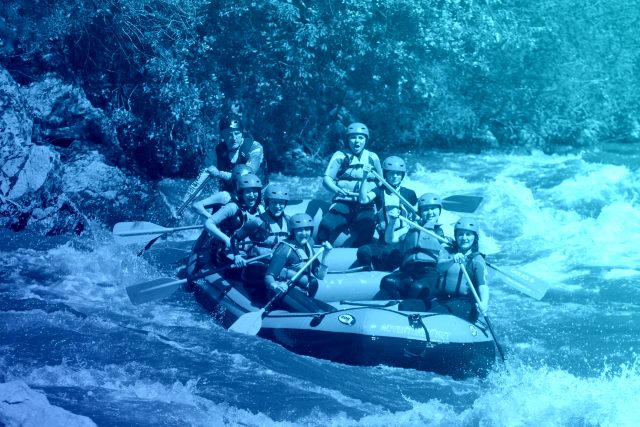 Use the map to find the office of Adventure Net in Sofia.

Use the map to find the rafting camp on Adventure Net.

Rafting base and camping Advent Net

Our working hours begin with the beginning of the rafting season.

Use the map to find the Adventure Net winter base.

Working hours during the winter season:

Use the map to find the office in Bansko

We look forward to reading your questions.